Blair Park Tennis Alumni along with the Urbana Park District and Urbana Parks Foundation are excited to launch a fundraising effort to revitalize the tennis courts at Blair Park.

A History of the Blair Park Tennis Courts

A legacy of nearly 80 years. 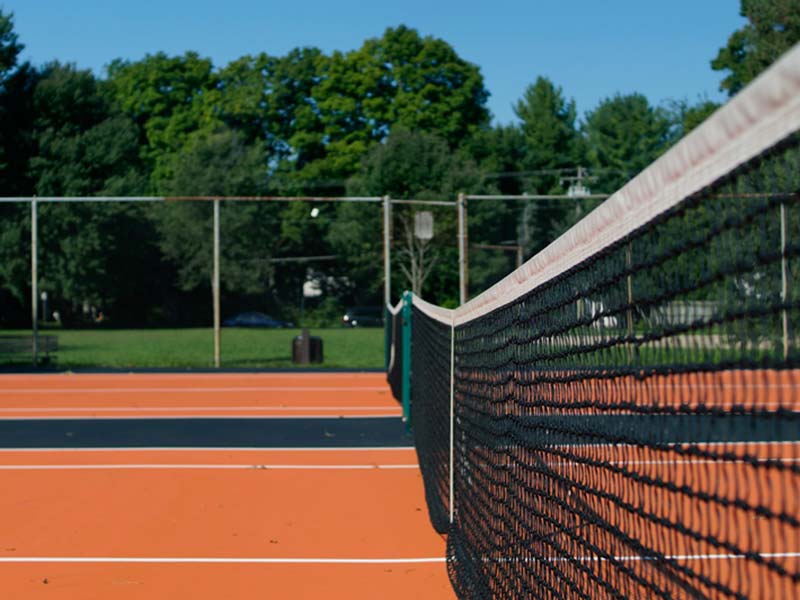 The land for Blair Park was purchased in 1944 in anticipation of Urbana growing south after WWII.  It was named for Joseph Blair, long time president of the Urbana Park Board.  The four lighted tennis courts were added in 1970.  Urbana High School started a boys’ tennis team in 1966 and a girls’ team in 1972.  Tennis lessons and leagues became very popular in the mid 1970’s as well as the annual USTA junior tournament and the city-wide adult tournament. 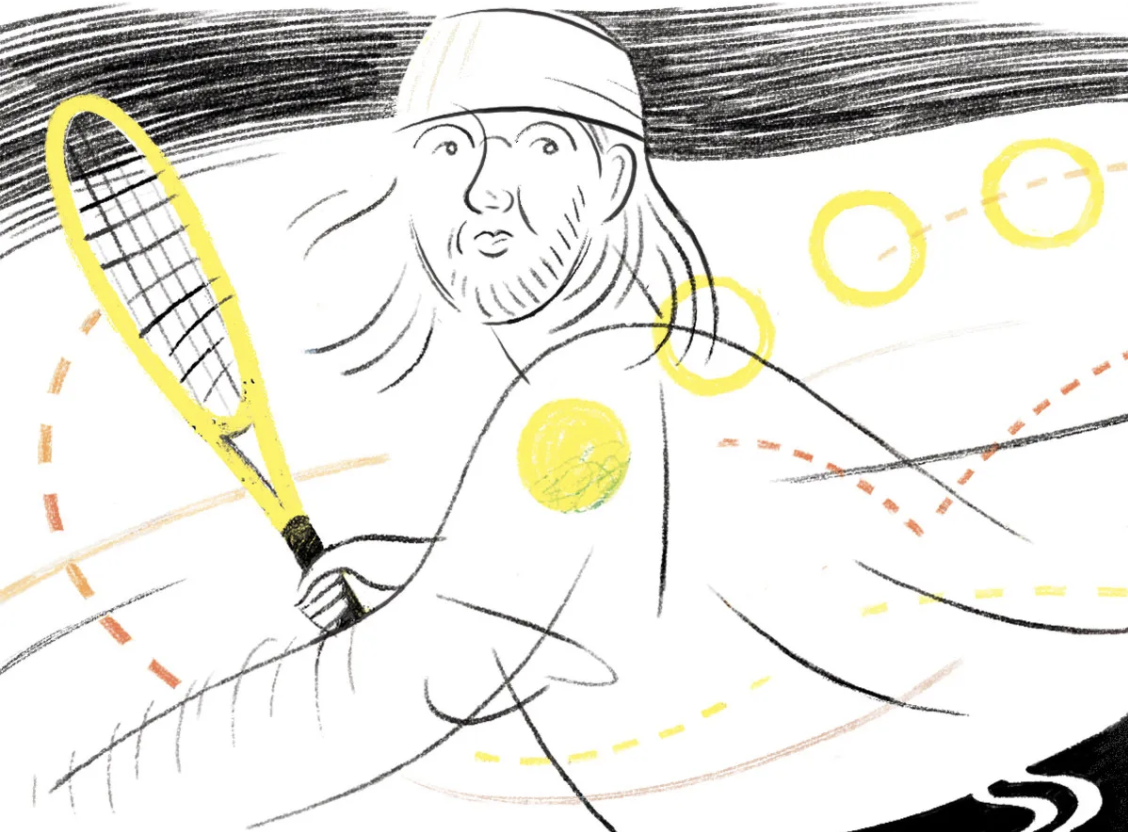 Avid tennis player and one of the greatest fiction writers of his time.

The tennis court renovation also gives us an opportunity to honor the past and celebrate a most incredible talent who loved tennis, David Foster Wallace.

Dave Wallace grew up in the neighborhood and started playing tennis at 12 years old.  He came to the courts every day in the summer to hit with anyone who was willing.  He became an excellent player and competed for Urbana High School, graduating in 1980, before attending Amherst.  He was also a tennis instructor for the Park District while in high school.  He became one of the greatest fiction writers of his time.

To install a plaque/interpretive panel about David Foster Wallace at the tennis courts is also part of our revitalization plan. David’s sister, Amy Wallace-Havens, has expressed her full support for our proposal. The proposed plaque to honor his achievements reads:

David Foster Wallace loved the game of tennis. He learned how to play on these very courts. He competed on the UHS tennis team and taught tennis for the park district from 1978-1981. He was an author of novels, short stories, and essays, and a professor of English and creative writing. His lifetime fascination with tennis served as a central theme in many of his works. David is best known for his novel –“Infinite Jest”- cited by Time magazine as one of the 100 best English-language novels from 1923-2005.  His book String Theory, a collection of essays about tennis, is classic of American sports writing.  He received a MacArthur Foundation genius award in 1997, and is considered one of the most innovative and influential writers of his generation.

Updating the courts for future generations of tennis players. 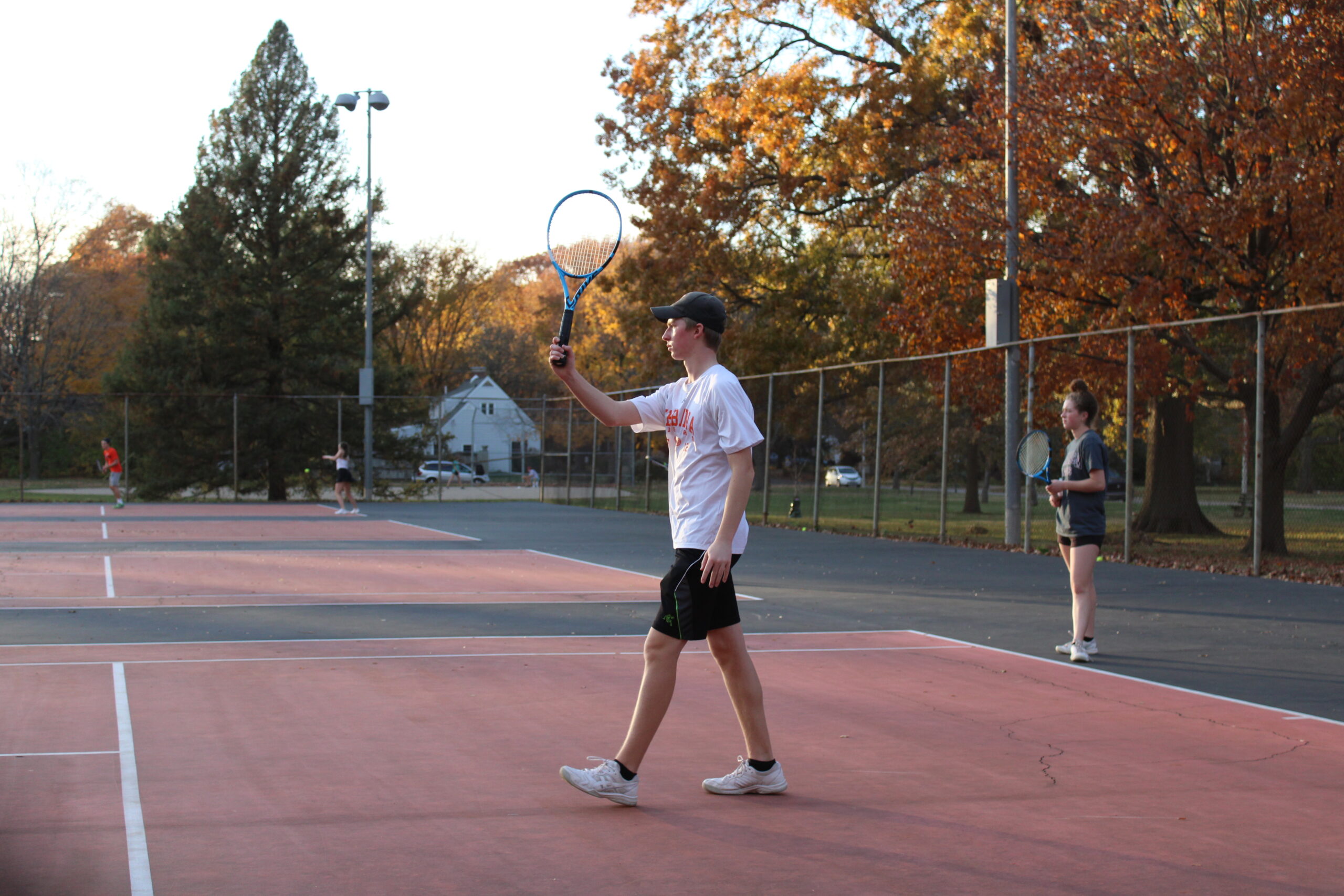 The Urbana Park District was recently awarded a $400,000 OSLAD grant to revitalize the aging Blair Park. This specific type of grant tends to award new recreational amenities for parks, therefore, the tennis courts were not included in this recent application. That’s where a group of Blair Park Tennis Alumni and Urbana Parks Foundation Trustee Nancy Schrumpf come in. Together, along with our friends and fellow tennis players, we are launching a campaign to raise $160,000 to cover the costs associated with updating the four tennis courts located at Blair Park. Court improvements funded through this campaign will include restoration of the asphalt playing surfaces, new tennis posts and nets, sealing and color coating the courts, and fresh painted lines for both tennis and Pickleball.

If we do not reach our fundraising goal, donations will be used for tennis court improvements rather than a complete renovation.

How can you help?

We invite you to join us in raising the necessary funds to complete this revitalization project.

There are three easy ways for you to make a donation:

To make a donation online, designated to the Blair Park Tennis Courts, please click the button below

To make a gift of stock please contact the Urbana Parks Foundation by email at info@urbanaparksfoundation.org or by calling the Development Manager at (217) 367-1536

When you give a donation of $1,000 or more, you’ll be recognized at the courts.  Donations can be made half now and half in 2022 if that works better for your giving plan.  Consider a family donation over $5,000 that can be made over a three-year period through a gift agreement with the foundation.  Please let us or the Foundation know your pledge. We appreciate your time and consideration.