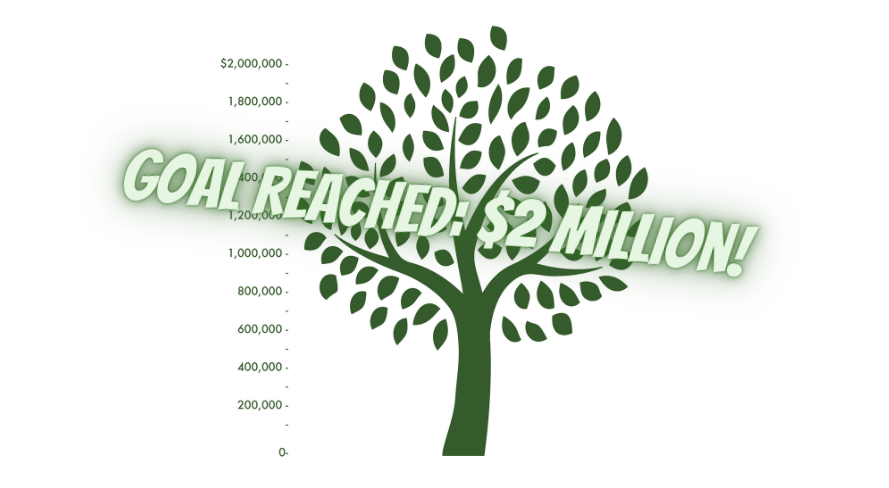 The Urbana Parks Foundation (UPF) announced the successful completion of a $2 million fundraising campaign titled, Campaign for the Next Century. The formal announcement was made by UPF President Fred Delcomyn during a virtual Toast to The Next Century which took place on Thursday, November 12.

The Campaign for the Next Century campaign built upon more than a century of generosity from individuals, businesses, and civic organizations by supporting a variety of Urbana Park District (UPD) parks, programs, and activities. The campaign began on November 1, 2015 and concluded on October 31, 2020. During this five-year effort, the Foundation raised funds to help UPD strengthen the local park system and enhance the health and vibrancy of the community.

The Campaign for the Next Century successfully surpassed its goal thanks to the generosity of over 200 individuals and over 30 businesses and corporations, including more than $600,000 in support by the Carle Foundation.

“It is a tribute to the many wonderful people and organizations who love Urbana parks and donated to our campaign that we were able to achieve our ambitious goal of raising $2 million,” said Delcomyn.

UPF was established in 2007 to help meet the growing need for supplemental district support by raising funds for various UPD activities. UPF seeks donations from people and organizations who appreciate the value of parks or programs not just for their immediate esthetic or environmental value, but for the impact they can have on future generations.

“Speaking for the UPD Board of Commissioners and the residents of Urbana, I would like to thank the many donors who supported this campaign and the members of the foundation whose dedication and generosity made it such a success,” said Michael Walker, President of the Urbana Park District Board of Commissioners. “Our community will reap the benefits for years to come.”

For more information about UPF, or to make a donation to the Foundation’s annual fund, please visit www.urbanaparksfoundation.org. You can also connect with UPF on Facebook.